The Tree Of Life And The Words We Speak

The soothing tongue is a tree of life,  but a perverse tongue crushes the spirit. Proverbs 15:4 NIV 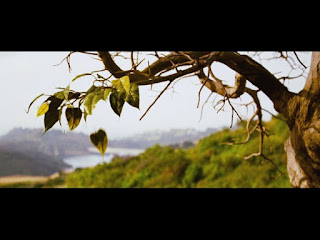 I am not much of a movie watcher, and I do not often go to the theaters. Every now and then I will rent a movie that may have caught my eye, and as frugal as I am you know it is from the Red Box! Thursday afternoon, after picking up the "not so littles" from their grandparents house, we made a pit stop to our local nearby Red Box to rent a few Wii games, and a couple of movies. A Thousand Words with Eddie Murphy caught my eye, and I remembered that I did indeed want to see it. I was ready for a light hearted funny movie, but did NOT expect the lesson God gave me through this movie.

I will tell you right off the bat that it is rated PG-13, and I would not recommend it even for that age because of ONE scene that didn't even need to be in it. I will also tell you, I didn't expect God to grab my heart in this movie, but I am so very thankful He did. When I realized what was happening, I grabbed my notebook and started taking a few notes. If you have NOT seen this movie, I do indeed recommend it. If you have, please, share your thoughts after you read the rest of what I have to share!


In this movie, Eddie Murphy plays a successful talent agent, who goes pursuing after a "religious guru". He fakes his way into the presence of this guru to try to convince him to allow Eddie Murphy to become an agent for him. In the process he 'fakes' a religious experience, and gets one on one time with this guy. It is then that he bumps a tree, and his "mission" begins.

Each word that Eddie Murphy spoke, would result in the tree losing a leaf. It wasn't figured out until later, after a tree just like the one he bumped into mysteriously grew in his own yard. That is when it becomes evident of what is going on. Imagine.... being told that each word you spoke would make a leaf fall off a tree, and being told that a tree with no leaves is dead. (Obviously we know otherwise because of witnessing the change of the seasons, but just bare with me here!)

There was a point in this movie, when you would see and experience the transitions of what was happening in the heart of Eddie Murphy. He first had unbelief, followed by confusion, and then anger, and eventually projection and blame. He lost his family, his career, his identity all because he didn't want to use his last words, to face death.

The guru got a hold of Eddie Murphy right as the projection and anger set in and made a statement that was very profound. "Words are like meaningless leaves falling from a dying tree." In other words, actions speak louder then words. Words are simply thunder ~ they do not tell of the intensity of the storm.

He then told Eddie Murphy that he needed to quiet hisself. NOT just his mouth, but his mind, and see what exactly is holding him back. 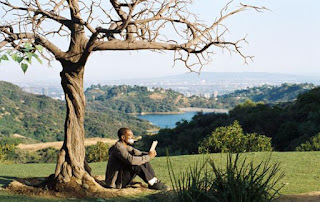 As Eddie began to read this guru's "book" (a 5 page pamphlet) he began to get a better grip on the situation, and understand what exactly it meant to be "quiet". He used his last words to bless others and to heal broken relationships. His actions were used greatly with just a few words to explain if any. His last words were "I forgive you!" and the scene ends with him falling to the ground in what we think is death.

It was indeed death. Death to a life that revolved around words ~ not actions. The tree came back to life, and so did this character. I was just truly moved and touched.

If we would learn from this to watch our words closely and allow our actions to be bold, we could just possibly change the world around us.

Posted by One Pretty Little Box at 5:00 AM