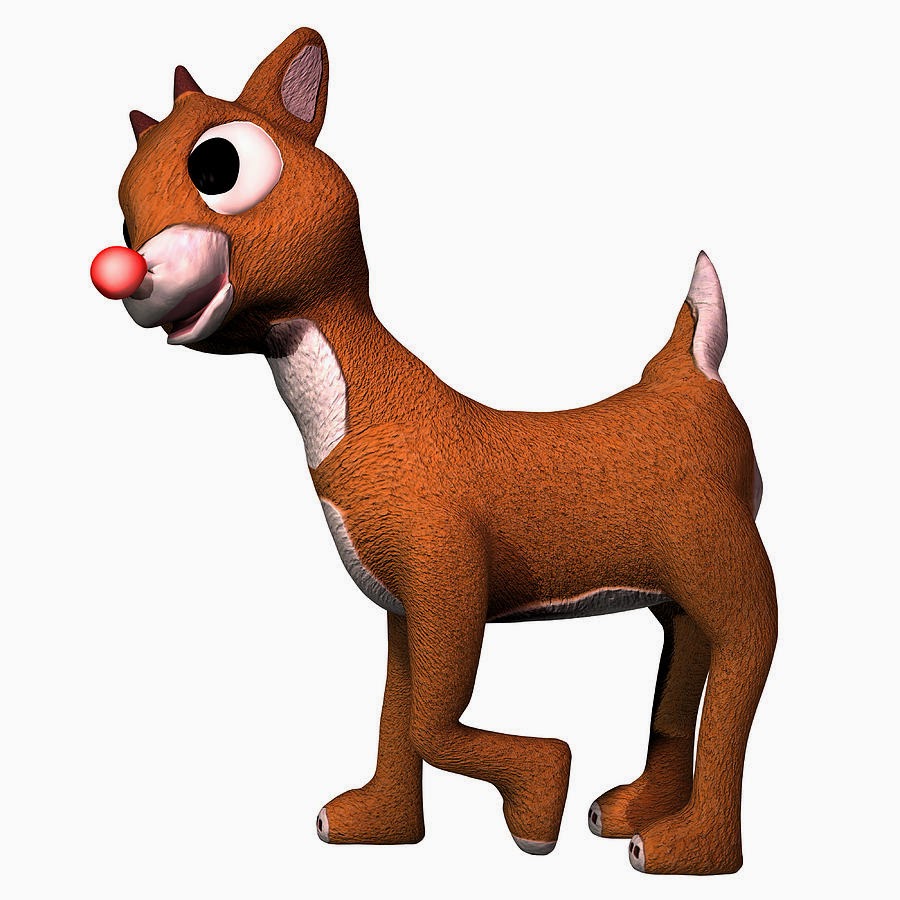 Last Thursday at preschool, during chapel time we sang a few songs with the music minister of the church in which I work at. He was singing child friendly Christmas songs that the kids would know, and Rudolf The Red Nose Reindeer was one of them.

We all know the song but let me lay down the lyrics for you:


You know Dasher and Dancer and Prancer and Vixen,
you know Comet and Cupid and Donner and Blitzen,
But do you recall?
The most famous reindeer of all?

Rudolph the Red-Nosed Reindeer
Has a very shiny nose
And if you ever saw it
You would even say it glows.
All of the other reindeer's
Used to laugh and call him names
They never let poor Rudolph
Join in any reindeer games

Then one foggy Christmas Eve,
Santa came to say,
Rudolph with your nose so bright,
Won't you guide my sleigh tonight?

Then all the reindeer's loved him,
As they shouted out with glee,
Rudolph the red-nose Reindeer
You'll go down in history!

Now, let me tell you..God began to work in my Spirit and used this song to teach me something about His love, favor, and blessings. He also used it to teach me about pushing through testing, trials and persecution.

Yep. See, Rudolf faced a lot of persecution for his "gift" that God created in him. That "shiny red nose that glows" wasn't a mistake, a fluke, or an error. God doesn't make mistakes! Rudolf LOOKED different for a purpose. Even if it was just recognized in a time of desperation. Before it was recognized though he faced lots of name calling, rumors, false testimony. He was made to feel like an outcast. BUT...... when "Santa" needed him and praised him, all of a sudden he became not only accepted, but liked and wanted by the others.

How many times are those with a gift from God, are persecuted for being "different" or having "different" ideas/agendas/thoughts/ways of living that were obviously lined up by God Almighty himself yet wasn't accepted by peers or even family? UNTIL.... they are used by God in a time of desperation (for whatever/however that may be).... then they are accepted and wanted.

Yet when God's favor is on them, it becomes something that is not ONLY accepted but desired.

That Rudolf! He was used by God to help Santa and to teach about God's favor on those who push through and not give in to peer pressure but instead face persecution with grace, peace and kindness. AMAZING!

Posted by One Pretty Little Box at 7:40 AM