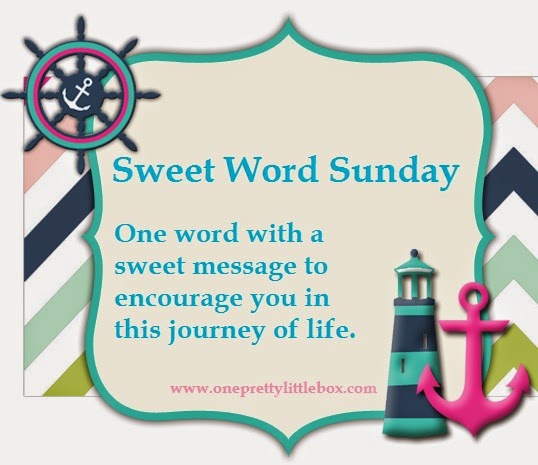 This week's word has a lot to do with a new understanding that I have been so blessed to receive over the last few weeks. I have been "stewing" over the lessons I have been learning and it just seemed that this weekend different pieces have all come together!

According to Merriam-webster dictionary Identity is defined as who someone is, their name. But the alternate (part b) of the definition says the qualities, beliefs, etc that make a particular person or group different from others. Now, while that explains a lot but let me share a definition that I found and LOVE in wikipedia! (See! If you never knew ... I do a lot of "research" and digging for these posts! Hee hee!)

In psychology, sociology, and anthropology, identity is a person's conception and perception of one's own (self identity) and other's individuality or group affiliations (such as national identity and cultural identity).


The part that hit home with me is that our identity really is a reflection of our own conception and perception of who we are. That can be molded upon what we allow other's to beleive or what we choose to believe ourselves. But either way .... in reality it is up to us as to what our identity is ... for the most part. We can choose what we allow to become our identity.

"The value of identity of course is that so often with it comes purpose." Richard Grant


I am going to post a Facebook interaction and then go from there. I edited the picture so the original poster, any likes and such were not visible just the post and my comment because even though this has been resonating with me for a while .... it was driven home yesterday with this! 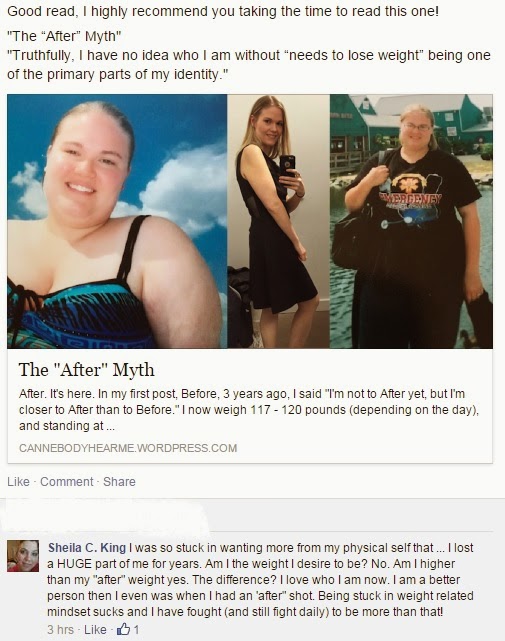 You see, our mindset becomes our identity. At one time in my life I was so wrapped up in the fact that I needed to lose weight that by the time I got down to my lowest adult weight .... I had no clue where to go from there. It was a constant battle. I hated it. I hated me.  JUST the last six months I have really let go of a few things in my life that was keeping me in that focus. Do you want to know something?! It made me think of another few times in my life when I "let go" of a focus of some sort and the end result ended up being better than I could have imagined!

I swore off dating because I had come out of a terrible relationship and BAM.. met my husband that night.

I was tired of stressing over trying to have a baby..... BAM... a few months later we found out we were expecting.

Do you see the pattern here? Let go ....and before you know it, your living life and the thing you spent so much time wanting ... comes to fruition! We get so wrapped up in something that it becomes all we think about. It consumes us, we fight for it, we cry for it, we pray for it, and yet .... more times then not it doesn't happen UNTIL we let go!

Your identity shouldn't become that ONE thing that you desire most. It is who you are deep down ~ that inner child who has been screaming to get out. The person you feel like when life feels amazing. THAT is your identity and it doesn't rely on anyone else but you.

"Identity cannot be found or fabricated but emerges from within when one has the courage to let go." ~ Doug Cooper


There is so much more I want to share but I feel like if I go on I am just rambling. This week I challenge you to sit down and really figure out WHAT your identity is. It is MORE than being a "wife" or a "mother". That is not your identity. Remember you identity cannot be found in someone else! I am a teacher but that is NOT my identity!

Posted by One Pretty Little Box at 9:38 AM