Official plans for 2017 & what it means for this blog! 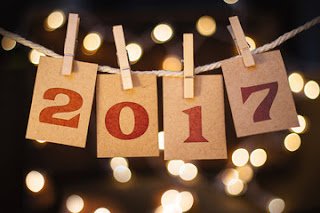 It is so hard to believe we are so quickly approaching the new year yet I couldn't be more happier! 2016 was a learning year, but in the same breath it wasn't the easiest! There were so many changes that arose and a ton of unexpected events. A year ago I would never have seen myself in a different age group at the preschool I teach at yet one very cold and early morning in February I arose and in the shower new I needed to quickly voice my desire to move up into the PreK department. I also didn't' expect such a turnover rate over the summer that had totally shook up our preschool.  I really didn't expect my husband to lose his job of 24+ years and all the crazy un-settlement that has come from that whole scenario on it's own. I had no clue at the beginning of the year we would welcome a new bundle of joy (yes she has 4 paws and a great big ol smile) into our lives.

Needless to say, a whole lot can happen in a year! Some we have control over, but there is a whole lot we have no clue! Life happens.

One of the biggest lessons I have learned through this year, more than ever before was to learn to let go of the outcomes! I can't control what other people do. I can't control some parts that life throws at us. Like.. can we control getting a flat? No. It happens. Some things in life just simply happen. It is our reaction that really effects the true outcome of the situation. I mean if we just took a breath and said "Oh well. It happens" and move on .... it gave no fuel to the fire. But if we got ticked off and began rattling a list of everything else that went wrong in that day/week/month... then we fueled the negative feedback.

Now... what does that mean for the upcoming year and this blog?

It means that by stepping away as much as I did I realized how much I adore blogging! That's right! I do! At first I wanted to combine blog posts and videos to create this amazing cohesive thing but ... once I did the video I didn't want to backtrack to do a blog post, and vice versa. Now? I am going to allow them both to be their own entities that simply just compliment one another. There are some of you who love the blogs, but not so much the videos. And some who love the videos but not so much the blogs. Time has a matter in it all for everyone most times. That I know for everyone. Sometimes we have a limited amount of time to spend online and such and I don't want to be a time hog in any sense. So.... here is the plan!

For this year it is my goal is to write everyday. Whether it be a novel, or blogging I will be writing daily. I want this blog to be a place that is enjoyable to come to.. for both you and I. When I blogged before, I often blogged things that were on my heart that I could only express in the written word. Over time, I would post those things through social media platforms and then began doing videos on YouTube. It became "easier" to just blurt things out and consider it done, yet deep within me I had a longing. A longing to return to blogging in the sense that I used to. With purpose. I had a passion for sharing here on the blog and then it became something I never intended it to become. It became Choas.

So.... while I will be sharing videos on my YouTube channel ~ I will also be blogging. I may post a blog and a video on the same day ~ but not on the same topic! Great right?! It's like they can be a part of each other yet ..... separate beings. Like siblings! While I am committing to posting a video everyday, I am not however committing to blogging daily. I will commit to three blogs a week as a minimum with content that will continue to encourage, inspire, and motivate you to become the best you that you could possibly be all while sharing my own little journey through the process.

Here are the official plans for youtube if you are interested! (I will link the video as soon as it is uploaded or you can hop on over to my channel at : https://www.youtube.com/user/sheilachristine

Posted by One Pretty Little Box at 5:04 PM